Posted at 20:57h in Articles & Interviews

An interview with the director and the subject of “LOVE BITE”:
I’m no art collector and have cursory knowledge on the subject, but if I could have any work of art on my wall, I would probably choose a Lipton. Who or what is a Lipton, you ask? Laurie Lipton is a Los Angeles-based artist who creates large-scale, immaculate pencil drawings. That’s it. Just a pencil. What she does with that pencil is bring to life the most grotesque side of human nature, our obsession with consumerism, technological terrors, and the unthinkable images that lurk within our subconscious. Her art has to be seen to be believed.
READ THE FULL INTERVIEW HERE 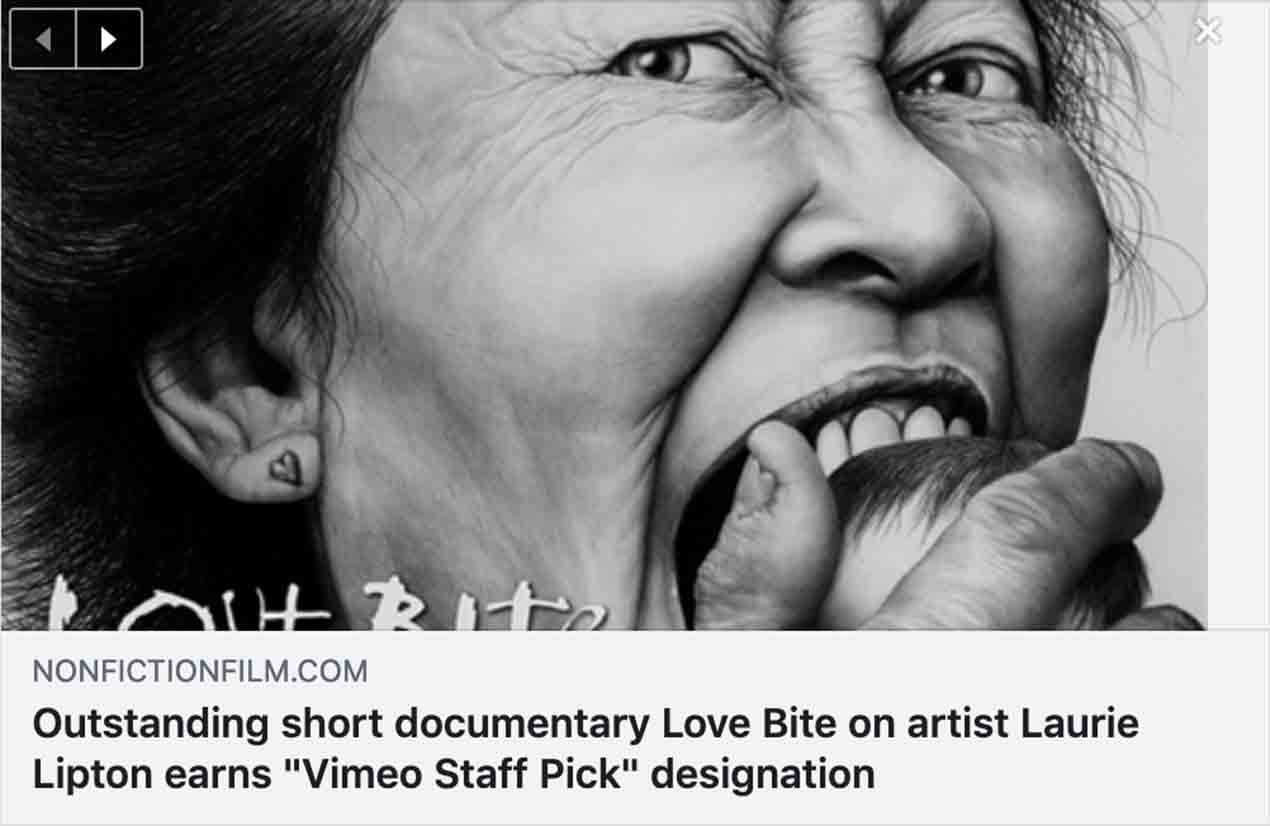 Posted at 18:11h in Articles & Interviews

In one of artist Laurie Lipton’s best known drawings, a woman with a ferocious look in her eyes bites down on what one assumes, initially, to be a piece of fruit. Except it’s not a piece of fruit. It’s a baby’s head, grasped in the woman’s fingers like an apple. 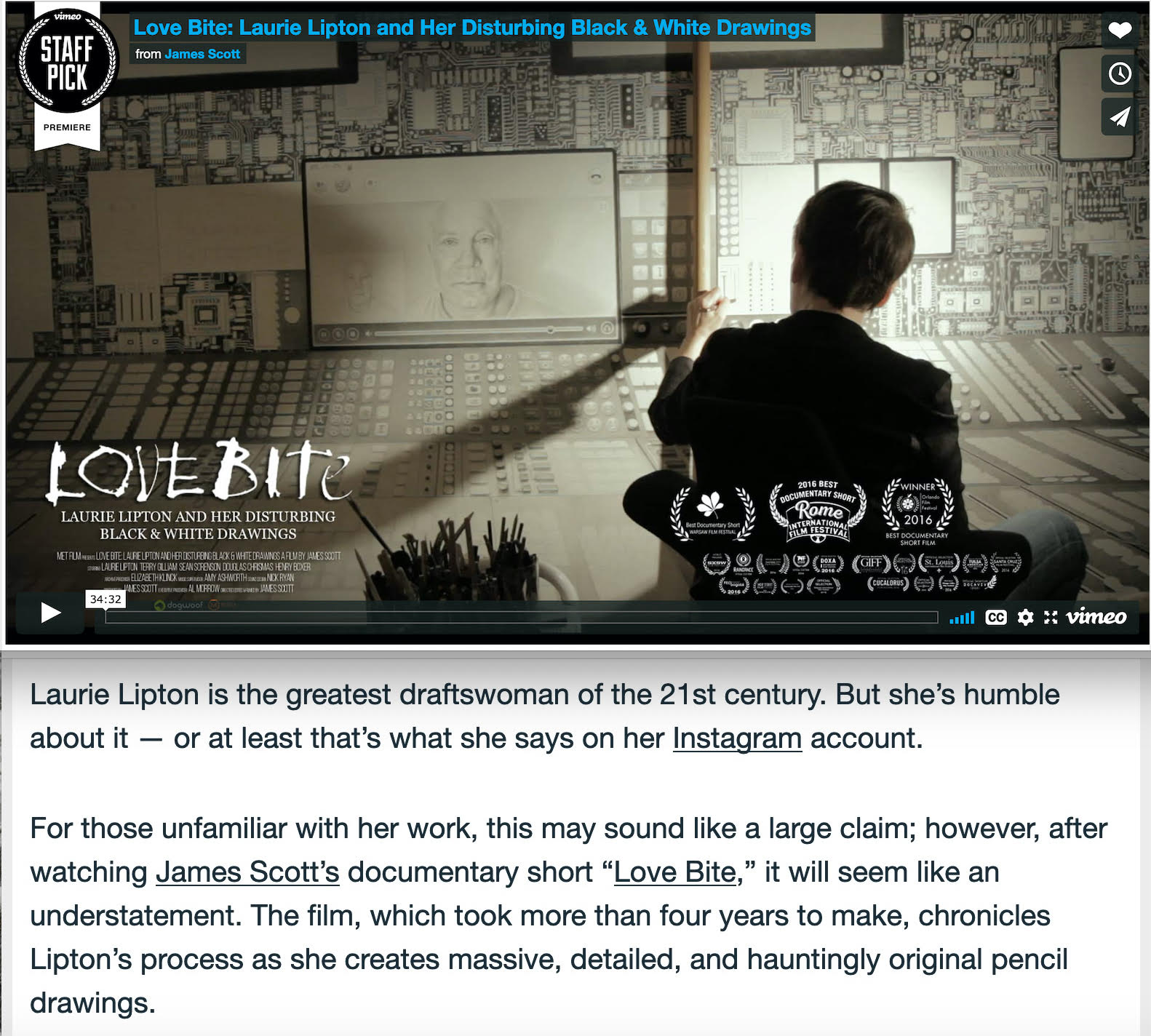 Posted at 10:04h in Articles & Interviews

Laurie Lipton is the greatest draftswoman of the 21st century. But she’s humble about it — or at least that’s what she says on her Instagram account.

For those unfamiliar with her work, this may sound like a large claim; however, after watching James Scott’s documentary short “Love Bite,” it will seem like an understatement. The film, which took more than four years to make, chronicles Lipton’s process as she creates massive, detailed, and hauntingly original pencil drawings.

In honor of today’s exclusive online premiere on Vimeo, we reached out to director James Scott to learn more. 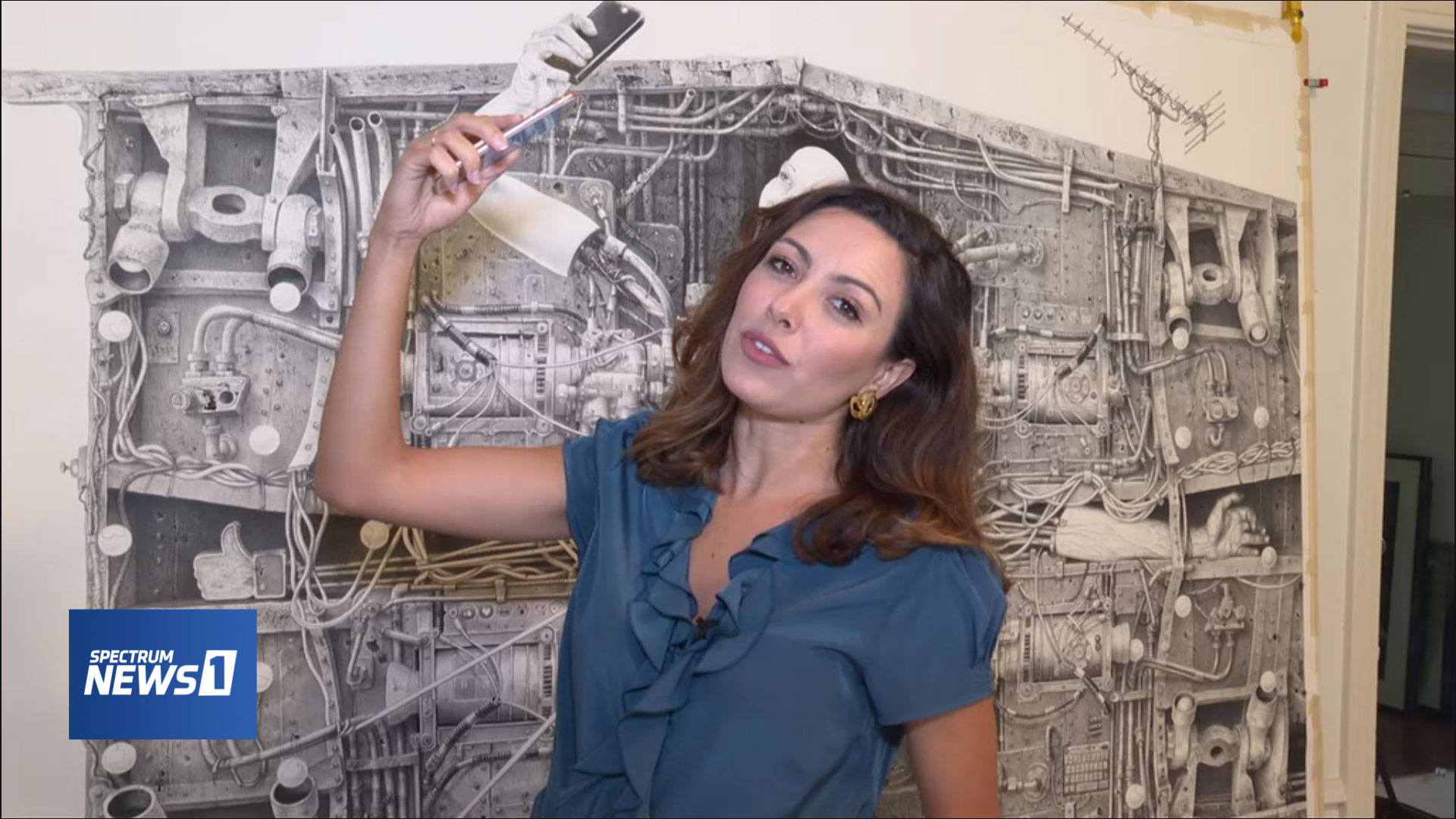 Posted at 03:10h in Articles & Interviews

Posted at 03:36h in Articles & Interviews

Am pleased to announce that the LA County Museum of Art (LACMA) has purchased a Laurie Lipton drawing for their permanent collection: “PARTY!” graphite on paper, 24″ x 27.25″, 1984 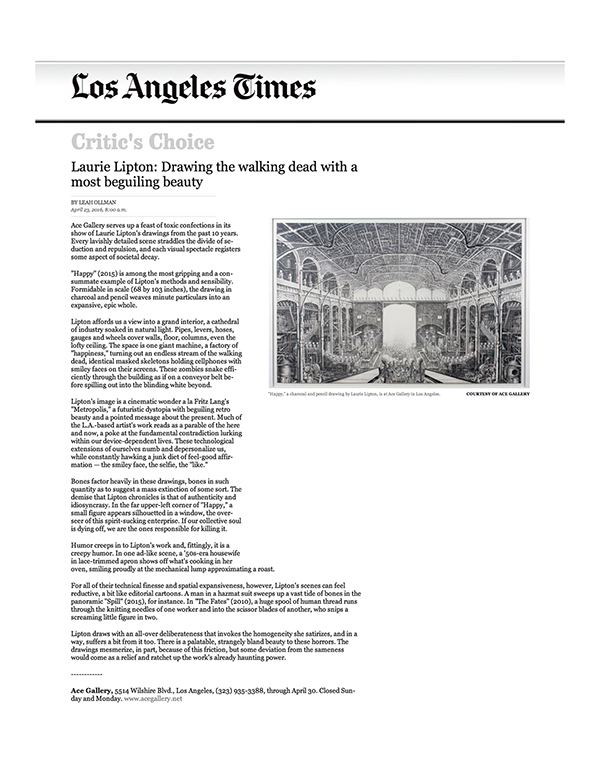 Posted at 18:22h in Articles & Interviews 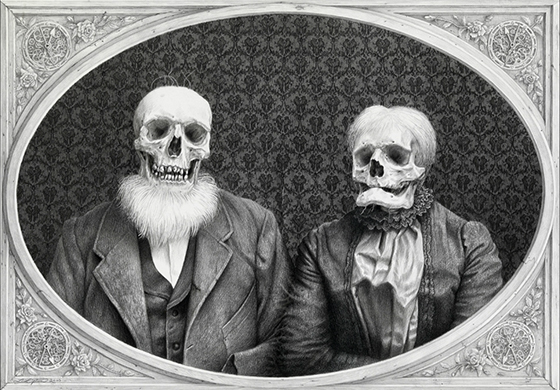 Posted at 05:15h in Articles & Interviews